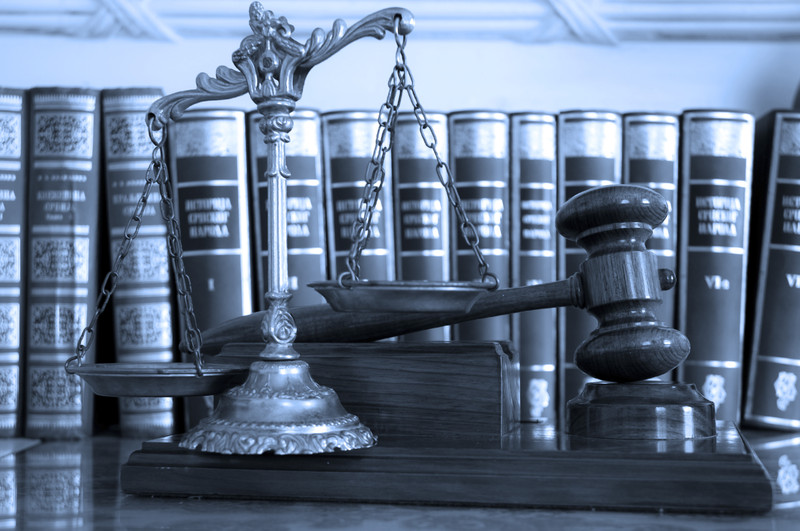 END_OF_DOCUMENT_TOKEN_TO_BE_REPLACED

The National Center for State Courts, in collaboration with the judges and staff of the Superior Court in Maricopa County (Phoenix) and NAPCO will present a 2.5-day workshop December 3-5, 2018, focused on hands-on, evidence-based methods to improve felony case processing and reduce needless delay. The seminar is the first time NAPCO has co-sponsored a separate educational program outside its annual conference.

END_OF_DOCUMENT_TOKEN_TO_BE_REPLACED

One morning this year, in a windowless modern courtroom, Jorge Alberto Rodriguez faced justice. He was accused of driving a stolen car with changed number plates. The judge began by explaining his rights to him. His lawyer then tried to trip up the policemen whom the prosecution had produced as witnesses. To no avail: after an adjournment to allow a missing defense witness to appear via video link, the judge found Mr. Rodriguez guilty. That seemed to square with the evidence.

END_OF_DOCUMENT_TOKEN_TO_BE_REPLACED

Check out the agenda for the 2018 Court Leadership Academy and Leadership Conference. An abbreviated agenda is printed on the web page and you can download the full agenda as a PDF.

END_OF_DOCUMENT_TOKEN_TO_BE_REPLACED

A federal appeals court on Monday, July 9, 2018, upheld the constitutionality of a New Jersey law that mostly ended the use of monetary bail in that state. The Philadelphia-based Third U.S. Circuit Court of Appeals upheld the law in a challenge by Brittan Holland, who was accused of second-degree aggravated assault for his alleged involvement in a bar fight. The New Jersey law had prioritized nonmonetary conditions of release over money bail and had called for a risk-based assessment system to determine whether a defendant is a flight risk or a danger to the community. Holland was released before trial on home detention with electronic monitoring.

END_OF_DOCUMENT_TOKEN_TO_BE_REPLACED

The American Judges Association (AJA) joins our colleagues in the National Council of Juvenile and Family Court Judges (NCJFCJ) in deploring the recent policy decision to separate children of all ages from their parents at the U.S. border, without any due process of law. We are heartened to read news reports that the worldwide and bipartisan U.S. condemnation of this practice has now produced an executive order that ends outright separation, by requiring “detaining alien families together where appropriate and consistent with law and available resources.”

END_OF_DOCUMENT_TOKEN_TO_BE_REPLACED

The Dred Scott case, a U.S. Supreme Court ruling in 1857, was an indirect catalyst for the American Civil War, the Civil Rights Act of 1866, and the 14th Amendment to the U.S. Constitution (1868), which gave African Americans full citizenship. This controversial ruling has been universally denounced as one of the Supreme Court’s worst decisions.

END_OF_DOCUMENT_TOKEN_TO_BE_REPLACED

Here is what you can expect if you register for the virtual $200 Conference attendance option:

Mon. 8/23 – Leadership Academy 2 hours AM & 2 hours PM with Drs. Shapiro & Dornfeld
How Leaders can Improve Trust (AM) and Collaboration (PM) in a Post-COVID World

Wed. 8/25 – 1 one-hour Plenary Session plus 1 one-hour Workshop in the AM only
Plenary: The Conversation – Talking Truth about Racism to Change People & Courts (AM)
Workshop: Lessons Learned about High-Profile Cases: The Derek Chauvin Trial (AM)

Additional information & instructions will be sent to all virtual conference registrants

JUDICIAL TUTORIAL ON ABILITY-TO-PAY HEARINGS
NAPCO is working with the Center of Judicial Ethics at the National Center for State Courts (NCSC) to promote a short 35-minute online tutorial focused on the law and practice of conducting ability-to-pay proceedings in connection with court-ordered financial obligations. View the free tutorial at Vimeo. It reviews the constitutional, ethical, and practical aspects of such hearings. Research has found that the incapability to pay fines and fees, coupled with the fear of consequences, is a common reason for failures to appear and often causes the public to worry about the fairness and impartiality of trial courts. The tutorial also provides tips to deal with this issue during the pandemic when many marginalized and minority communities are experiencing difficult financial times. As an additional aid, you can download an ability-to-pay bench card which serves as a concise pocket guide for judicial officers. The NCSC welcomes feedback regarding these tools.

JUROR VACCINATION DATA COLLECTION ADVICE
COVID-19 vaccination rates are increasing rapidly across the country, increasing the likelihood of resuming or expanding in-person jury trials. Judicial policymakers are now asking under what conditions, if any, courts may ask prospective jurors to disclose whether they have received a COVID-19 vaccine as well as how to use that information when summoning and qualifying jurors for service. A new Conference of Chief Justices and State Court Administrators’ Rapid Response Team document identifies questions that state courts should consider when developing policies related to the collection and use of information about the vaccine status of prospective jurors in the summoning, excusal, and in-court jury selection process. Download that considerations document here.