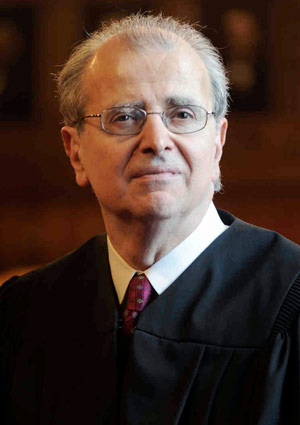 Retired New York Chief Judge Jonathan Lippman is the recipient of the first-ever Mary C. McQueen Award for Excellence and Leadership in Justice System Improvement, presented by the Conference of Chief Justices (CCJ), the Conference of State Court Administrators (COSCA), the National Association for Court Management (NACM), and the National Association for Presiding Judges and Court Executive Officers (NAPCO). The award will be presented to Chief Judge Lippman on July 26, 2016, as part of the annual joint conference of CCJ and COSCA.

“One would be hard pressed to identify a person who has contributed more to the advancement of justice than Jonathan Lippman. His leadership of the New York State Courts both as a Chief Judge and Chief Administrative Judge spans almost 20 years. At a national level, his influence has been felt in nearly every major court development over the last two decades,” State Court Administrators Dave Byers (Arizona) and Dan Becker (Utah), said in a nomination letter signed by numerous state court chief justices and state court administrators.

Chief Judge Lippman has served in state and national leadership roles on several critical issues, including:

Currently, Chief Judge Lippman is Of Counsel at Latham & Watkins LLP in New York, and is continuing his commitment to the justice system through his work as chair of the Independent Commission on NYC Criminal Justice & Incarceration Reform. The Commission is comprised of representatives of criminal justice reform organizations, community groups, the judiciary, former prosecutors and the defense bar, academia, corrections, advocacy groups and the business community, and is receiving pro bono support from Latham & Watkins as it examines measures to improve the City’s criminal justice system and its incarceration practices, in particular the future of the Rikers Island jail complex.

Mary McQueen has served as NCSC president since 2004 and throughout her career has been an advocate for court and judicial reform. Before being named NCSC president, McQueen served in several leadership capacities in Washington State, including 17 years as State Court Administrator. CCJ, COSCA, NACM, and NAPCO established the Mary C. McQueen Award in 2015 to recognize an individual who has made extraordinary contributions to improving the administration of justice at the local, state, or national level. The award will be presented biennially in even numbered years.

Chief Judge Lippman, who retired from the bench in December 2015, previously has been recognized for his numerous contributions to improving the justice system. In 2008, he was named recipient of the William H. Rehnquist Award for Judicial Excellence presented by the National Center for State Courts. Chief Judge Lippman served as New York’s highest judicial officer from 2009 through 2015. Prior to becoming Chief Judge, he served as Presiding Justice, Appellate Division, Supreme Court in 2007; and Chief Administrative Judge from 1996 to 2007.